Texas Nameplate and GoldGlass Technologies: A look back at the partnership that is changing more than the face of glass 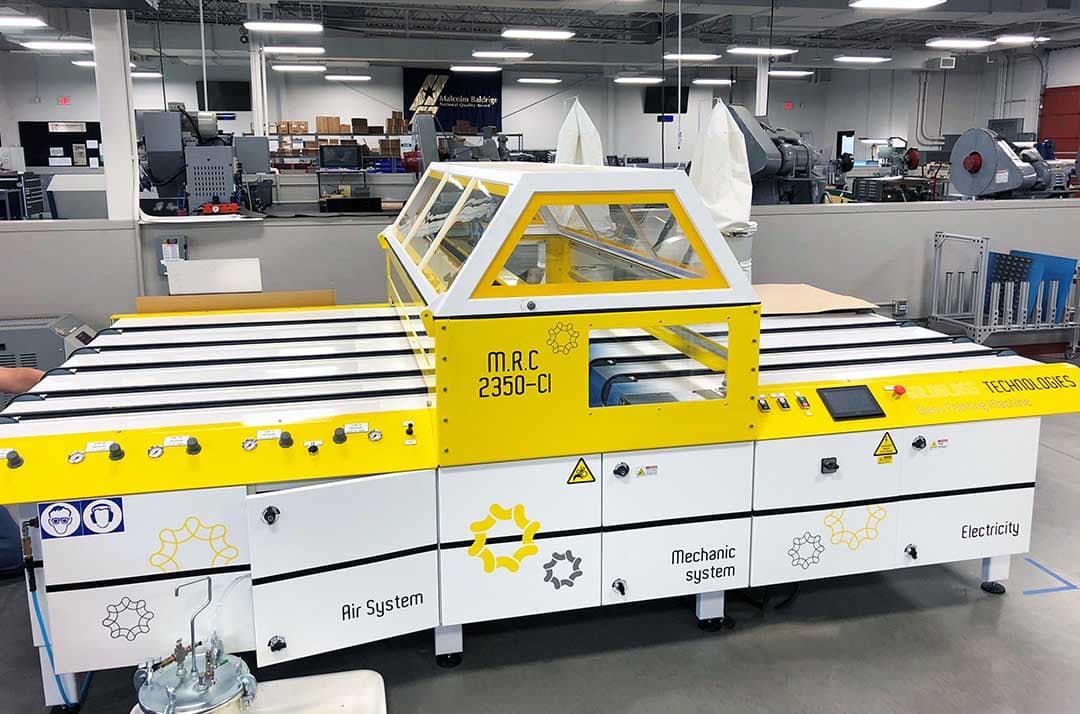 At Matodi, our commitment goes beyond the sale. We strive to help our customers achieve outstanding performance and profitable business results by providing service and support for many years to come. Our friends at Texas Nameplate are just one of the many examples of our dedication to support before, during, and after machinery purchases.

Texas Nameplate, located in Lancaster Texas, has been in business since 1946, creating quality nameplates and labels for customers in numerous industries. Not only are they a two-time Malcolm Baldridge National Quality Award Recipient, focused on continuous process improvement, they are also very dedicated to reducing their environmental impact. In 2017 the company moved to a new facility, and have continued to see an ever-growing demand for their products.

As Texas Nameplate settled into their new facility, they began to see a bottleneck develop as their orders increased. In the past few years they had created and patented the iSCRUBBER™  which strips the materials they use after the painting process. This machine vastly improved their stripping process, but another bottleneck was created, and their standard hand-spraying paint technique could not keep up with the new stripping process and the growing demand.

Texas Nameplate’s leadership began researching automatic painting alternatives and found GoldGlass as a potential option. While they are not in the flat glass industry, they were interested in the possibilities that GoldGlass provided and how those possibilities could be utilized in their production. They connected with Matodi sales rep, Scott Miller, and began to work through the process of determining if the GoldGlass MRC 2350-CI would be a good fit for them.

Dan Crownover, Administrative Manager, and Dale Crownover, CEO, were most impressed when they asked the operator if they thought the machine would work for them and he said it would work “without question.” Despite the frequent communication and visits, leadership at Texas Nameplate never felt like Scott was simply trying to sell them a machine, but rather he was helping them find the best solution, going out of his way to ensure all of their questions had been answered.

Texas Nameplate decided to go with the GoldGlass MRC 2350-CI and haven’t looked back since.

Nearly a year and a half later since its installation, they use the machine for all their large batch orders, which has reduced their run time by 30%. Not only are they able to save time, they are also using 50% less paint for these orders.

For a large 300 flat order, the original hand-spray painting technique required 3 gallons of paint ($90-100/gallon). They are now able to fulfill the same order with 1.5 gallons of paint – saving money as well as eliminating waste.

The MRC 2350-CI also helps Texas Nameplate further their environmental and safety goals. The integrated extraction system removes paint fumes into the dust collection unit allowing operators to safely work around the machine without any PPE.

Finally, five to six people were once required for the scrubbing and painting process and now only two are needed, allowing the other employees to work in different departments. This job is now considered one of the “fun” jobs at Texas Nameplate and the position has much lower turnover than it had before the MRC 2350-CI.

Our friends at Texas Nameplate continue to be impressed with their GoldGlass machine and Scott still visits their facility to catch up and ensure that the machine is meeting expectations.